Red routes were introduced by Transport for London (TFL) several years ago.

As part of a strategy to keep traffic moving. Red routes are controlled and enforced by transport for London as opposed to the local authorities in which the roads are situated.

Red routes have red lines at the side of the carriageway as opposed to yellow lines. 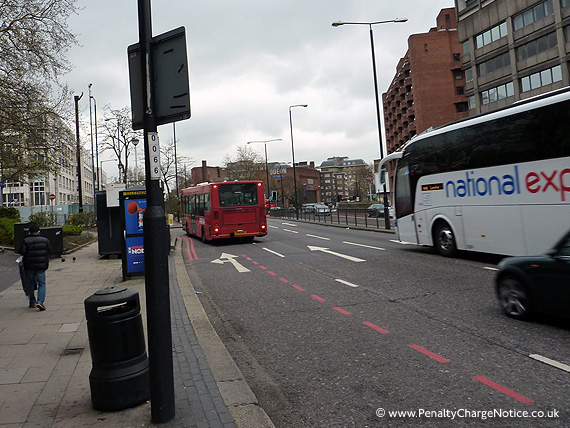 Finchley Road, London NW3 –  In this short stretch of road Transport for London have issued over 11,000 parking tickets in the last 12 months even though the signage is illegal. This sign should be facing the traffic but actually it has its back facing the traffic. If you stop and get out of your car to look at the sign they only allow 10 seconds so you may well receive a £130 ticket in the post. They have 4 cameras trained on this section of road and they are installing a fifth. 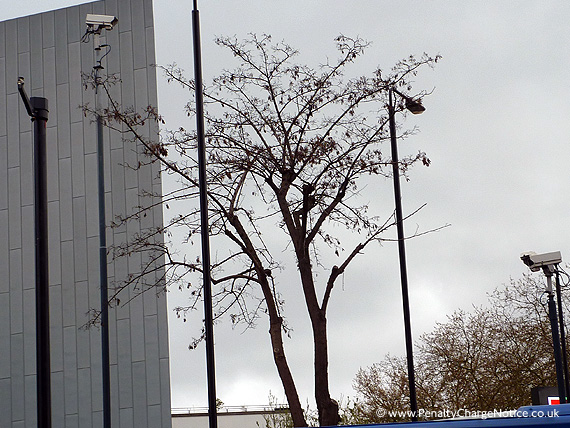 Finchley Road, London NW3 – Transport for London actually have 4 cameras train on this section of road where they have issued £1.5m of fines in the last year alone. As you can see a new pole has been installed for a fifth camera. Rather than spend thousands of pounds on another camera we say they should listen to what we are telling them and install some correct signage so they won’t need the cameras.