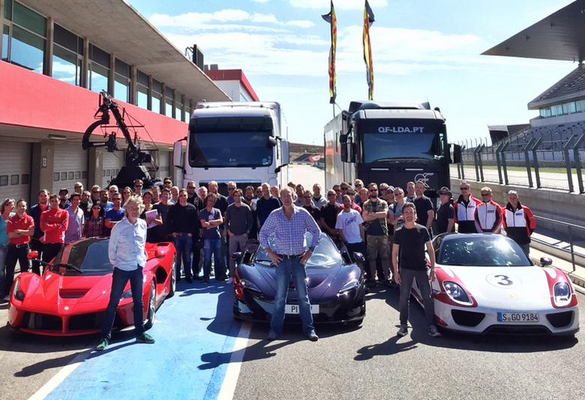 The countdown to Clarksons ‘working title’ Amazon Prime motoring show has begun with his first tweet confirming the Hypercar test.

The Hypercar test which stems from the presenters Top Gear legacy is to feature a Ferrari LaFerrari, aMcLaren P1 and a Porsche 918.

The band is back together and it feels brilliant. pic.twitter.com/UNBozqx1Ca